Say hello to my new baby. 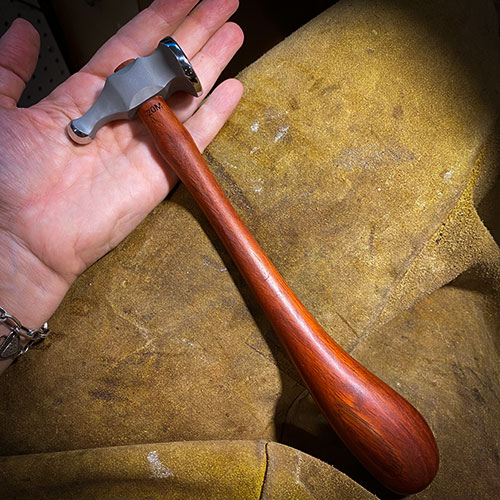 I finally found the best hammer for the job of stamping metal. A chasing hammer is one that is used to form metal. One side of the head is to flatten metal, and the other is meant to shape it. I didn’t buy mine for that, though. I am using it strike my metal stamps. Blasphemy, right?

This old German hammer is the first one I got, about 15 years ago when I wanted to try out metal smithing. It’s not fancy, but over the years it has worked the best–and I’ve tried many others. It’s not weighted well, and with a lot of texture stamping it quickly causes forearm fatigue.

So, I continued my search for the perfect stamping hammer. 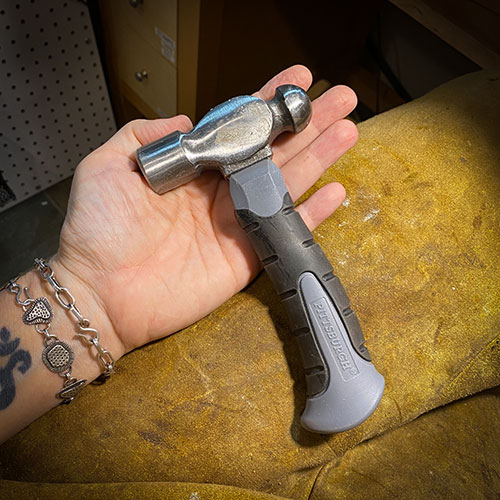 I’ve seen shops that specialize in stamping kits recommend these little dead blow hammers so the last time I was at Harbor Freight I picked up this Stubby Ball Peen Hammer for $3. It has a nice blow to it and a nice solid weight, but I don’t like the balance of the short handle for a long duration of stamping. 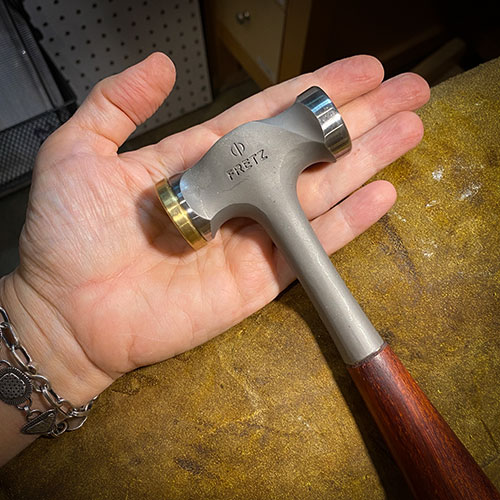 Next I splurged and got the Fretz Stamping Hammer thinking, good heavy weight, like the stubby one, but longer handle for more balance. I thought it would be perfect because Fretz’s are so well balanced which insures that the tool does the work instead of taxing your muscles. Unfortunately, it’s too heavy and meant more for wider-faced stamps that require and harder blow. It is good for punch dies, though. 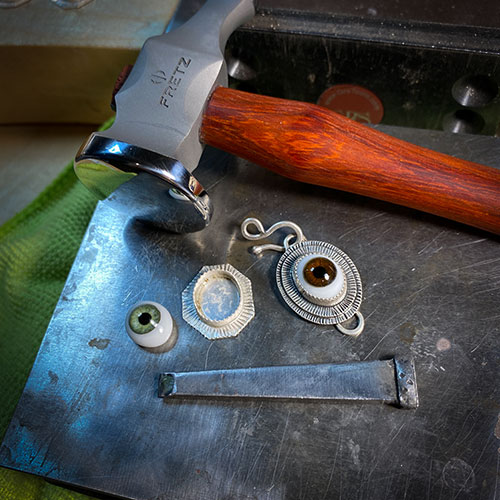 See all those little lines around the eye piece? Those are each a hammer blow, and there are two layers of them in the finish piece. Now think of doing a run of 10 at a time. That’s a lot of striking so the perfect hammer is a must. 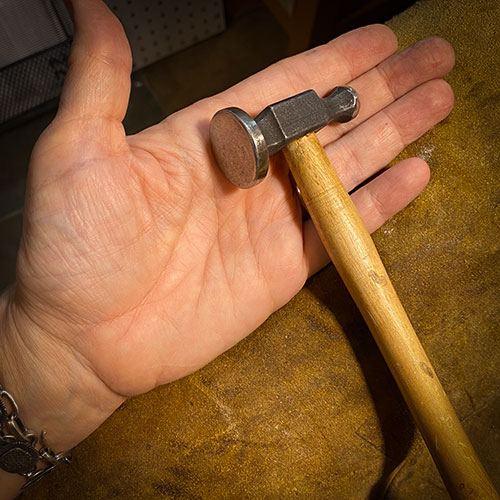 I had this other hammer that I’d been given a long time ago when I first started. I haven’t used it because it’s really light and not very productive. I liked the larger surface of the flat head, because I thought it would make it easier to hit the stamp and not miss and hit my knuckles. Because of its feather weight, it just couldn’t do the job. 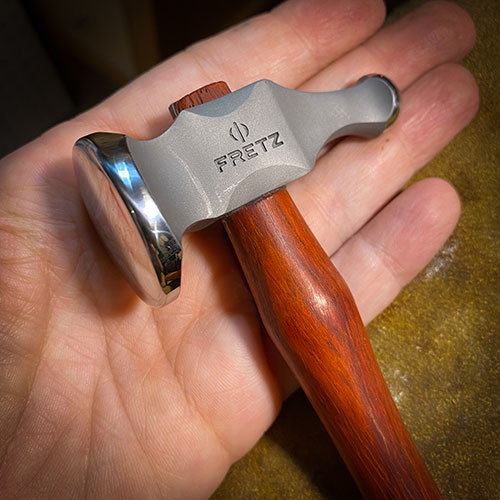 After all of my attempts over the last couple years I knew I wanted a hammer that was around 4 oz, I wanted the larger head, and I wanted it to be Fretz-perfect.

I’ve had “4 oz Fretz Planishing Hammer” on my Rio Grande wish list for a long time. Of course, when I went to order it last week, I realized that it was a chasing hammer that I wanted.

I got it today, and it’s perfect. My Fretz hammers are probably the sexiest tools that I own and when you have the right one for the job…they’re like a little bit of heaven in the palm of your hand. Seriously, it’s like hammering with a cloud.