I left off my art journey story at 2009, when I had last played with the silver. A that time, I was still making glass beads, and continued until 2012 when I had the call to dive into glass micro mosaics. (I just spent some time looking at old blog posts from that time. Boy, that was some fun, and I made some really cool stuff!) 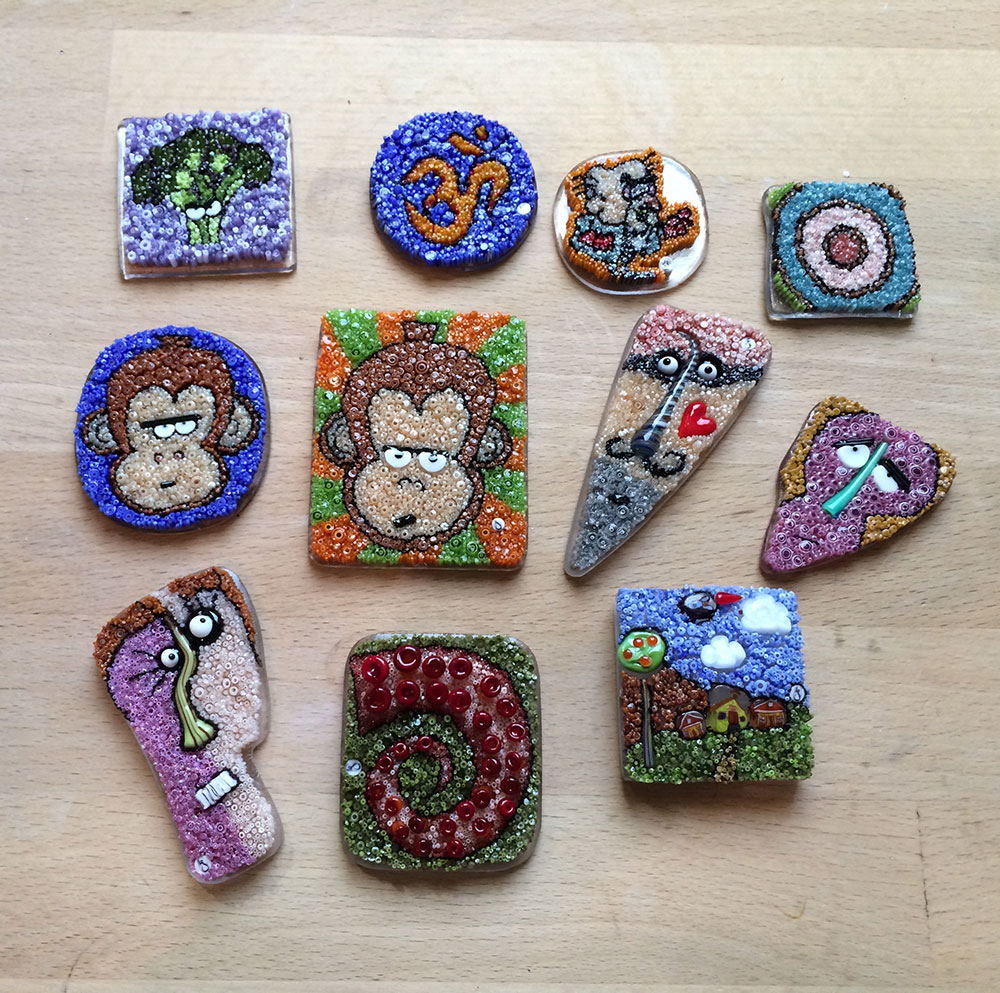 When I started working with those teeny tiny little pieces of glass I never thought that that would be the end of me making beads. But, one thing led to another, and found myself only on the torch to make the small components, and to pull the fine stringers of glass for the mosaics. It was still a lot of torch time because each tiny chip of glass actually has anywhere from 5 to 11 layers of glass. 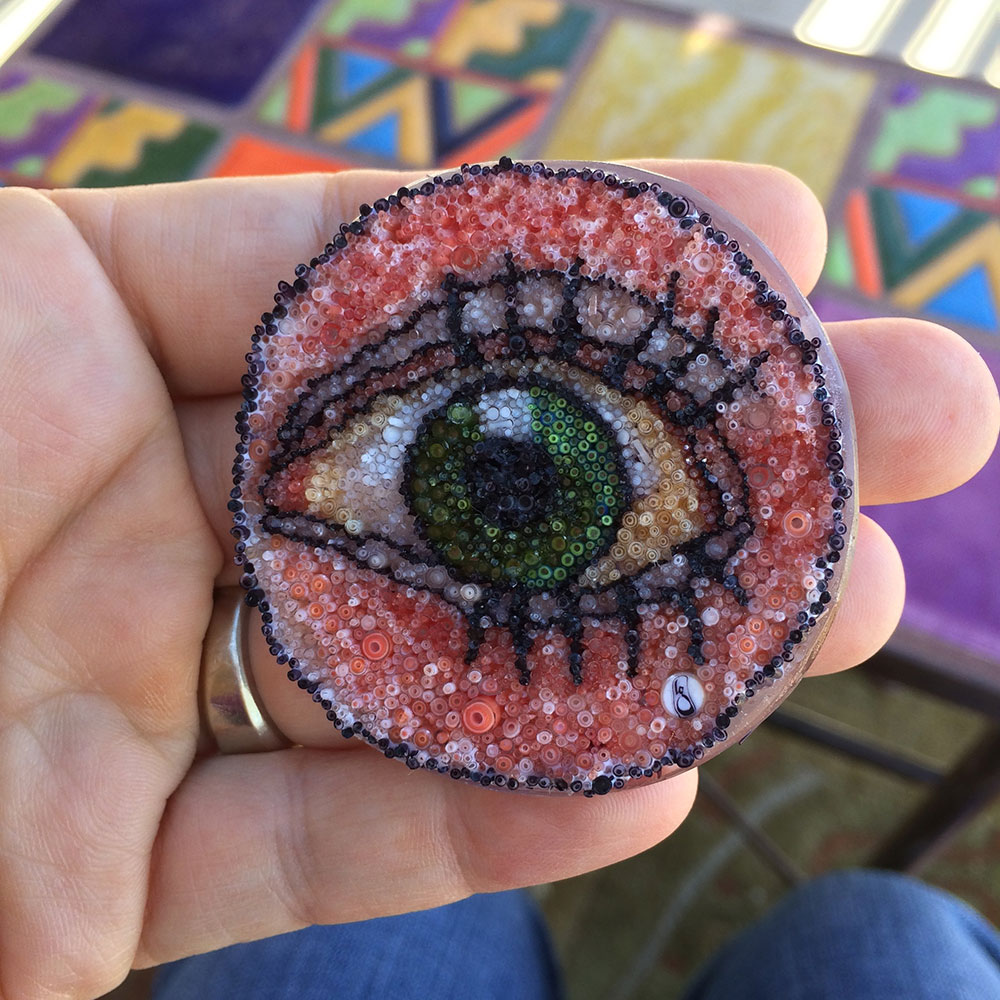 I did that for two years and made some really cool pieces but then I veered again, to making glass stringer stacked murrine.

Getting deeper and deeper into detailed work, as is my way, I didn’t create a a lot of finished pieces. The work that I did make was pretty spectacular, if you ask me. That whole process is a little mind-boggling.

That phase of work only lasted about six months. I’m happy to say, as with most things, I’m glad I took the time to learn the process.

I decided that I was going to try my hand at writing again. I really do love writing, and it seemed like it would be the perfect job at the time. You see, my kids were in the tween stage and it was getting increasingly hard to find the amount of uninterrupted time that I needed to continue working in the studio. Writing would let me be in the house with them.

[insert HUGE laugh here from my writer friends]. I love you more than words, and especially the fact that you didn’t actually laugh in front of me at my naivete. Mwah!

We had also started a major construction project, adding on 1500 square feet of new space that included a recording studiol, so I couldn’t work in the studio. I don’t remember how long I tried the writing gig — maybe two years? During that time I learned that I could craft a story and I managed to write two almost-complete first drafts. I also realized that while I love writing, in the form of blogging, and how-to articles, fiction was just not my thing. It was disheartening to realize that after trying to force it for a couple years. I was miserable.

So, still wanting to do a “book thing” I decided I’d create coloring books for adults.

I started publishing my coloring books for adults on Amazon and set the goal of publishing 12 books in 12 months. And I did it. During that year the new studio was finished and I jumped into journal art, paper art, and bookmaking.

I realized something very important. I need to make art. I’d missed it so much.

I published my twelfth, coloring book. It would be almost a year from that time before I’d be back in the jewelry studio. I’ll pick up there in the next post. To tell you the truth, I lost track of a lot of what I did after the coloring books. My struggle with depression was at it’s lowest. I slept a lot, and was hiding from the world most of that time.

I found a good naturopath and I spent a lot of time working on digging out of that dark hole. The good news is that I made some major lifestyle changes and we figured out what works for me to be mentally healthy. I haven’t been on anti-depressants since September of 2017, and have never, ever, EVER, felt better.