I have no idea what would be done with these but I thought it was a pretty cool technique. Simple but cool.  Maybe they’re used in fusing?

Do you know what they’re used for?

There’s a new blog in town and it’s called the Midwest Creative Collective. It’s a group of Chicagoland bloggers who have teamed up to bring you all kinds of good glass stuff. At least, that’s what it looks like to me.

For starts, why not check out the tutorial (with great pictures) of how to make an off mandrel boro leaf. I’d bet you can translate the technique to soft glass too.

How to Make A Glass Boro Leaf 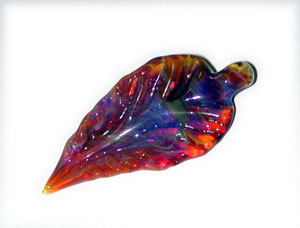 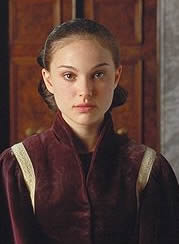 Today I’m playing blog tag with JCHerrell. Would that be called Blag? or Tog?

First of all, I met JC at the Michigan retreat and she was just one of those people you want to know better. So I started reading her blog when I got home. You know, that’s the 21st century way to get to know someone…read their blog.

All along I couldn’t get the image out of my head of Queen Amidala (Natalie Portman). My kids love Star Wars and watch it in the van…everytime I hear the voice I think of JC…not that she talks that way but you get the point.

So, I emailed her and told her. Her response to me was that she didn’t even know who that was and that she was forced to watch Star Wars in college, which makes me feel really old because she probably wasn’t even born when I was watching the orginal Star Wars. But that’s ok.

Anyway, to understand what I am writing today (if you’re remotely interested) you need to read this first and then this.

So, on to the boro crowd being intimidating. Hm. I don’t really know the ‘boro crowd’ per se but I have noticed a couple things. Like JC says, there is a certain under-groundish kind of ‘culture’ (but that is only a portion of the boro world). I’m not sure if we’re talking about the same culture because I don’t know what goes on in the internet culture. I know when I went to Tucson I saw a lot of dreadlocks, tattoos and piercings and I’ll stop at that. To me, that wasn’t intimidating though. In my experience, some of the nicest people I’ve met have looked like that. Did I fit in? Nope, not one bit. But I bet I could have struck up a conversation. (Now I know what my step-dad meant when he sent me to a high school where we had to read ‘literature’….it would make me well-rounded…hee hee…little did he know that I became more well-rounded via going to a Big Ten party school… and then again, he knows all too well).

Anyway, I believe that looks and appearances are only intimidating if we let them be…unless there is real reason to be intimidated like a gun hanging off of that tattoo-ed pierced person. Or if someone talks nasty to you or puts you down and tries to intimidate you…and in that instance, that’s a choice…will you let them get to you and show your insecurities or will you instead see theirs?

Now, the only intimidation due to boro people I saw at the flame-off I went to was self-inflicted. Holy smokes the talent at those torches! It was more of a respect than an intimidation though. So, I’ve gone on long enough. Thanks for the topic, JC!

Just remember…lots of people that seem intimidating on the internet are not so face to face! At least that’s been my experience.