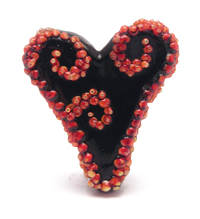 I’ve recently started working with what I call an accountability partner. I have a weekly word count goal and she edits it for me each week. While I’ve not stuck to it every single week, just knowing that she’s out there waiting and cheering for me keeps me more focused.

In one way though, I’m finding this a little limiting and I know it’s just resistance in my brain holding me back. But, because this person is out there, I know that i WILL break through it. I’ve always been better about doing things for other people rather than for myself.

I’m going to try to work out my resistance here. Writing about it (even writing about writing) helps me find clarity.

What is bogging me down right now? Firstly, I haven’t plotted this book like I did my previously (written but unfinished) manuscript. So, I don’t know where I’m going. If I would have plotted it–and I know I can still do that–it would be easy to just fill in the blanks by writing the planned scenes. Instead, I’m spending time battling in my head, where to go next while the weekly word count hangs over my head. I’ve been making myself sit down and write (or try to write), instead of taking time to plot it. In the long run, putting in the plotting time would be the smart thing to do. (See how that clarity is coming to me)? But taking that time means saying, I have less than my alotted words this week because I spent my time planning and not writing. I don’t like not reaching my deadlines…especially when someone else is out there waiting for it.

Secondly, I hate seeing my word count go up and then down. To write without a plan you have to try things, you have to meander and let it take you where it wants to go. I could easily write 5,000 words to get to the next plot point. I often brainstorm in another document. Lord knows how many words I’ve written to get a paragraph just right, or to find an idea. If I do that in my actual manuscript though, I see the word count climb and then have to cut a lot out. So it may seem like I’m on track, or over my word count then SLASH. Bye bye words. I wasn’t where I thought I’d be.

Do others go through this? Or is it my mixed-up brain? I know that others go through their own writing process and it’s not always easy. I’m not so sure they analyze their inner processes the way I do though. I wish I could turn that part of my brain off. Or at least shelve it as a hobby for later…when the work’s done.

So, I have a decision to make. Should I take the time to plot the rest? Or do I just go with it and try not to worry about slashing words? I’ve plotted and liked that process a lot. But I’m also an artist at heart and want to continue trying to let the story lead me because I think that would be really fun and gratifying.

Or my third option, which I can hear my accountability person thinking if they’re reading this. Lighten up and get off your fucking blog and write that shit. Now, she’s never said anything like that to me at all, and I’m glad because I tell it to myself all the time. But I feel a kinship with my buddy and I imagine that we are two peas in a pod and we agree that I just need to do it.

Something I wrote back in July:

What is it that keeps me from accomplishing what I want to accomplish? Why isn’t it as easy as “just do it”? It’s like an invisible force that draws a thin veil between me and what I want to get done. I see my greatness on the other side but I can’t get to it. I know what I need to do but I can’t do it. Is it the voices in my head? The faint whispers that tell me I don’t have time, or no, do it later. You’re not good enough, you don’t deserve it? I can’t pin it down.

Some mystical explanation like a terrible terrible demise in a past life?

This kind of block, after years and years of trying to figure it out, leads one down an interesting path of thinking. Digging deeper, trying to understand, that process becoming more of a block from “just doing it.” How does one get off that rollercoaster?

To you, my accomplished reader, the answer may seem simple: Get off your ass, out of your chair, stop wallowing in self-pity, and get over it. Well I’m not off my ass or out of my chair but I am here. Typing. Writing. At least getting some words out on a page rather than on Facebook. It is a start, yes?

Poor, misunderstood Block. Or maybe I’ll call him Brock. No one gets him. It’s like he’s invisible. All he wants is for someone to see him for who he is. He really is trying to help.

He’s a conundrum though. As much as he wants to be understood and seen, as I type this I hear him telling me to stop typing. Go do something else. It’s like he doesn’t want to be seen. Brock, I cannot keep up with you! Wtf, dude? So, I started to listen to him. I daydreamed for a moment, got distracted by what I should name this post but said no, Brock, not right now. Then I think, well, that’s not a very nice way to make friends with him, is it? To just ignore his wishes?

Brock, if you are only trying to help, why are you trying to get me to do something other than this exercise that might help me get back on track? You know, that “write something every day, no matter what it is” track? How does your distraction help me? Really, I want to understand because, if I can understand you, maybe we can work together. I know that’s not your way but hey, if I’m willing to try and meet you in the middle, do you think you could give this a go too? You’ve had your way for a long time. Throw me a bone here, eh?

And poof. He’s gone. Leaving me attempting to read his mind, to figure it out on my own. I think I’m going to have to try a new tactic next time. Maybe not question him so directly, but try to read between the lines of what he’s saying.

You know, Brock, I could have easily named you Dick. But I didn’t. I’m trying here.

If you’ve read any books on writing you know that closing your door and shutting everything out is one of the top suggestions. I’ve never been able to do that, feeling like I have to keep an ear open for what is going on with my two homeschooled kids. I’ve been trying to grab time, between interruptions, and I’ve been getting some work done but it’s been choppy. For me, it’s hard to get into the flow when I have to keep stopping and starting.

This past weekend though, I tried it. I told the family I was “going in” and that I was going to close my door and write.

Oh my gosh. That one simple thing, a door, provided a writing cocoon. It’s like the whole atmosphere of my office changed. I had a safe little bubble and I was able to let go of my thoughts of everyone else and what they were doing, or not doing. The messy kitchen disappeared from my thoughts, the clutter from being under construction, forgotten. Nothing had changed but that simple barrier was magic. Even Titanic blaring from the TV turned into simple background noise.

Right now I’m trying it during the day while my kids are homeschooling and it’s not as easy. I have this little guilty voice in the back of my head pulling me out there and telling me that I should be more engaged. So it might be something I only do ‘after hours’ but, I highly recommend trying it.

NOTE: I was in my office writing this with the door closed and didn’t declare my intention of being left alone. One kid interrupted me 3 times. So I add the caveat to the closed door: Let them know you’re off limits unless there is an emergency. Helping them to decide which form of Mac ‘n Cheese to make is not an emergency.

Oops. There goes interruption number 4, to let me know she just burned her tongue on a noodle.