I’ve been thinking a lot the last couple days about people who have posted on facebook about others being offended by things, by being too sensitive. Of course, being one of those sensitive people, I read those comments directly. It is a hot-button topic for me. I have learned to keep my sensitivities to myself because of hearing comments like this my whole life. It’s no fun being judged for having feelings, for your nature, for who you are inside. It serves to negate ones existence.

I think of saying it to my kids, to any child. “Stop being so sensitive.” And it breaks my heart. But, oh, you may say, they are children, they will learn as they get older, to have thicker skin. They’ll grow out of their childish nature. That right there, is the problem. Squashing the vulnerability out of people pushes compassion underground and leads to more people who cannot handle more gentle temperaments. I could go into my own rant about the nature of our world right now, and how much better it would be if people were a little more aware of this, but that’s another post for another time.

There are so many layers to these kinds of comments. Here they are, saying that people shouldn’t take things so seriously. They are offended by people being offended, and voicing their opinion about it. What they are really saying is, “I want to be offensive (if even subtly), I don’t want have to think about everything I say, and I don’t want you to speak up about it if I’m callous because it makes me feel bad. It makes me look in the mirror.” As if they are somehow threatened by someone who points out, what they feel are, injustices. If not that, why is it so offensive to them? Why do they even care?

They are saying the same thing that the sensitive posters are saying, “I want to be able to speak my mind without someone jumping down my throat and judging me.” I defend a person’s right to say what they want to say, but I am also glad that there are consequences of rebuttal. In my opinion, labelling the consequences of a counter-argument as whining is lazy. It really is the old adage of, you can dish it out but you can’t take it when it comes back your way. It’s pretty much the definition of bullying. I’m stronger and harder, and you’re wimpy and soft, so I’m going to exert my callousness so you shut up.

I just can’t understand. People feel hurt, and you’re telling them not to have feelings. Toughen up. Stop being such a baby. Stop speaking up. The thing is … I think the world needs more sensitive people. For every sensitive person out there, it may be one less person that will judge you, because they experience deeply how that feels. Think about it. More people thinking about how their words and actions affect others. Sure, you may think, where is the fun in that? I won’t be able to say half of the things in my head. Welcome to adulthood. It’s called self-control. Compassion.

Say what you want, but don’t be offended when someone has a differing opinion and wants to voice it as well. Practice what you preach. 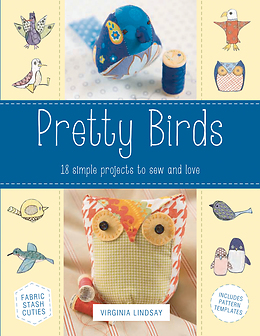 I’ve been spreading myself nice and thin lately. I guess it’s just that time in the cycle for me. The good news is, it’s all good stuff…not like I usually do, over-committing to other people. No, this includes lots of craft stuff. So, when asked if I was interested to review a copy of Virginia Lindsay’s Pretty Birds, of course I said, YES! Eighteen simple projects? Sign me up!

My first thoughts were that I could do these little projects with my crafty daughter. We’ve had fun in the past making felt plushies. Then I thought, oh no, we just made her get rid of a lot of her stuffed animals to make room in her clutter-crafty bedroom. We don’t need more stuff!

I was very excited when I started reading to see that every project has a page titled “Other Ideas to Try” that tells you how to make your little birdy functional! Bingo. Some of the suggestions are decorative, like a mobile or refrigerator magnet, but they also include something that can make your bird sing, er, work for you. Think, computer charger caddy, napkin ring, car air freshener, etc.

What cute gift ideas! Attach it to the outside of a present and voila! Personal touch that shows I care. Flipping through the pages I had a growing desire to give more gifts just because.

As for the actual mechanics of the book, the directions are simple to follow and you don’t need a sewing machine. I have a machine that I got a couple years ago but it’s still in the box. I like that I can bring out the hand-sewing supplies and get down to business. The font is easy to read and very welcoming. The way the cover folds back easily makes it easy to use while doing the project. In this day of digital books, this one, with it’s matte pages is easy on the eyes and just feels good in your hands.

These little bird projects have sparked so many ideas. When my grandmother passed away, my cousin had all of her pjs and favorite robes made into pillows and fabric bookmarks for all of us grandkids. I’ve heard of people having quilts made in the same manner. I think these birds would be perfect for that kind of project too since each piece only needs scrap pieces of fabric.

Thanks, Running Press, for sending this book my way. We are going to have lots of fun with these projects and I’ll be back to show y’all!

Win a bird fabric kit and a copy of this book at:

To see other reviews of this book, please visit:

Coming here to warm up my little fingers and get the writing juices flowing; or not. More stream of consciousness button pushing.

I’ve done the read-through of my 88-page first draft, of which I was so proud. I made written edits and am incorporating them into my writing software. That pride has turned into, “Damn, this totally sucks, what am I doing?” Interspersed with, “I can fix it.” And lots of, “I’ll cross that bridge when I come to it. Focus, NOW!” I’ve also decided to totally change the age and personality of my main character, which means that lots of other stuff will need to change too. Heck, why not just rewrite the thing? I guess that’s what this stage is all about. Rewriting sounds way more appealing than editing. Maybe someday I’ll find a rhythm.

I’ve discovered that getting to it in the morning after one kid is dropped off, and the rest of the house is still sleeping, is much more productive than hanging out on Facebook with my coffee. I’ve also learned that the homeschooled kid can work on his own a lot, except for math. Math sucks.

The book cover designer I had lined up had to bail on new work so I’m in the process of finding a new one. We’re getting ready to start construction on the studio, after another permit delay this week. And I really need to do some more de-cluttering. If that new space was ready, I wouldn’t have to!

On the good side, I got these kawai little train cases that will help hide some of the clutter. 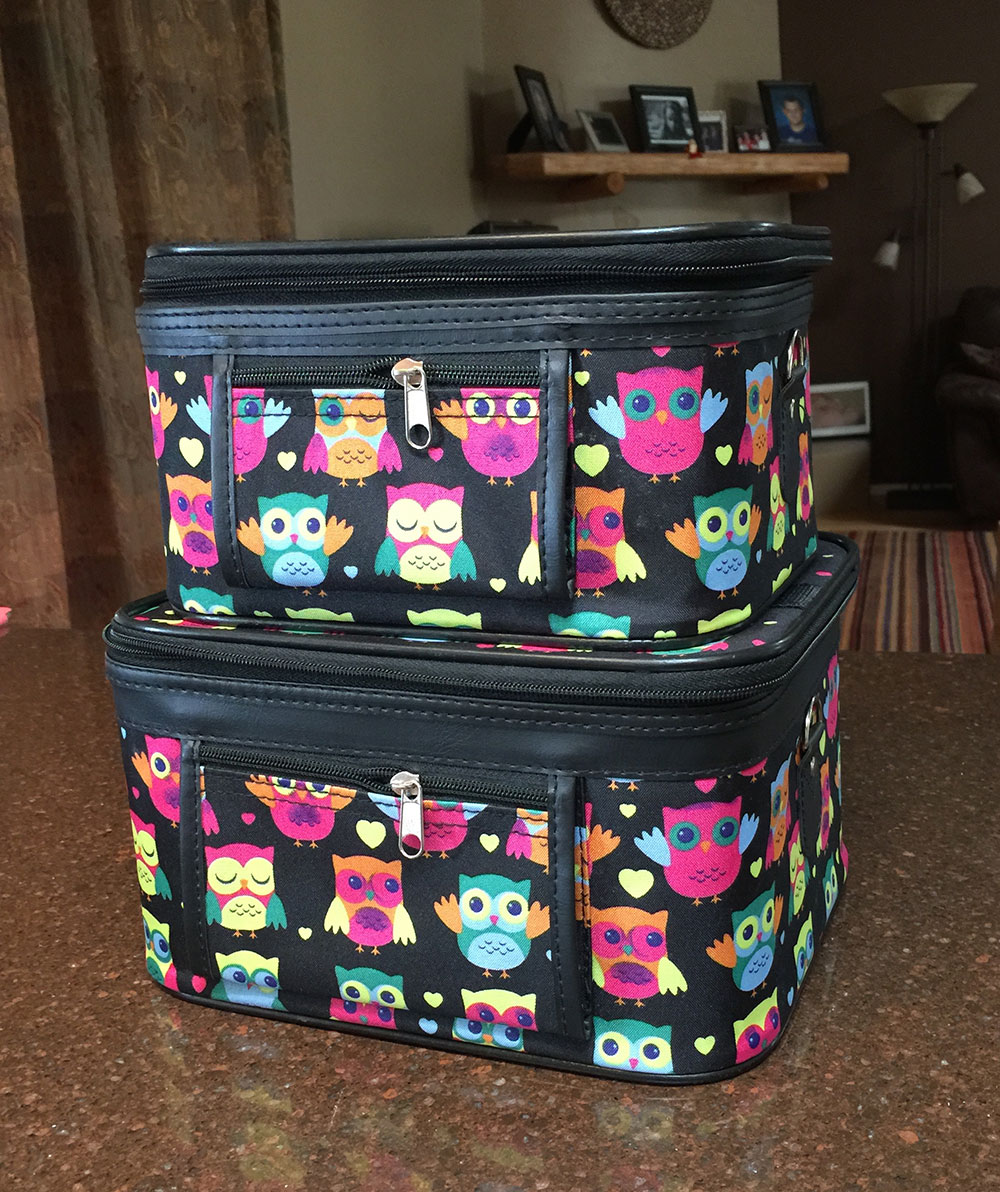